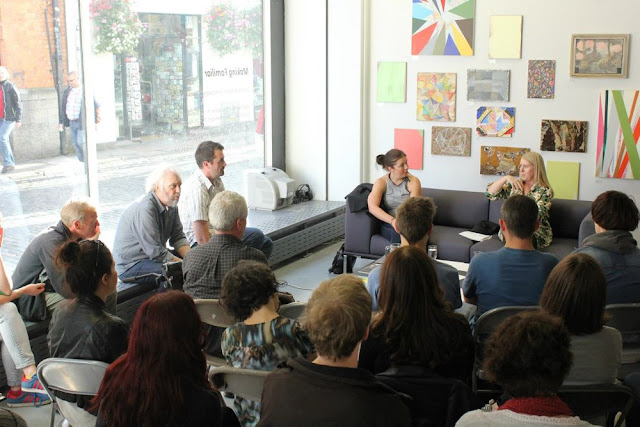 "In the art-work content and form are one: meaning...In documents the subject matter is wholly dominant" Walter Benjamin[1]

The day before the third installment of the Making Familiar conversations – a live process that offsets each successive weekly rotation of paired painting practices at Temple Bar Gallery + Studios (TBG+S) – I felt a need for reflection. There is something counter to the nature of painting as a reflective art practice that the Making Familiar curatorial goes against. As curators, we have set in motion an engine of discourse that has no STOP button: I am excited, but afraid of this fast-forward momentum forced onto painting. 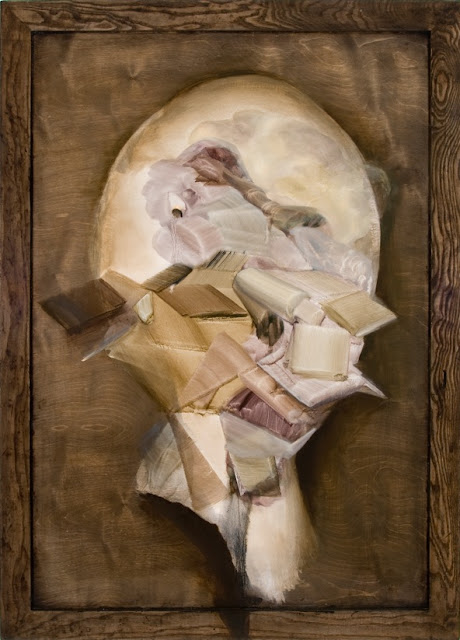 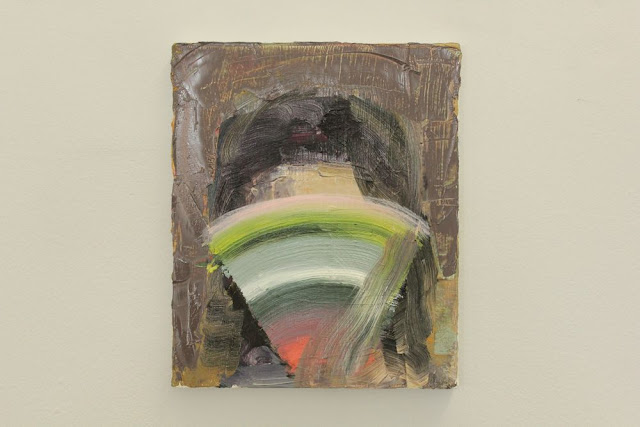 This effort to catch up on, or not forget one’s continually arising questions, occurred when hanging the works of Diana Copperwhite and Vicky Wright; especially during and after their conversation the following day in the gallery, when stark oppositions between the subject and object of their art practices came out to play on the gallery walls, and via their responses to questions posed by myself and Robert Armstrong. These implicit oppositions had nothing to do with the explicit visual oppositions in their use of colour, handling of paint, scale of work; but everything to do with the disappearing, or becoming, subject of their paintings. The question that I am left with is concerned with the subject of painting (the philosophical, political, social, biographical underpinning) being overpowered by the object of painting practice(materiality), and vice versa? 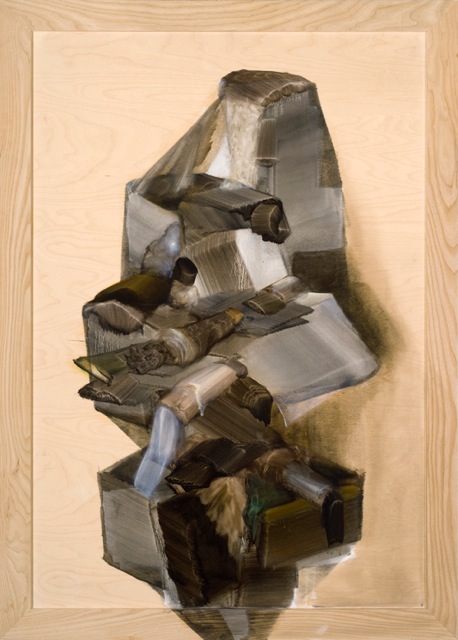 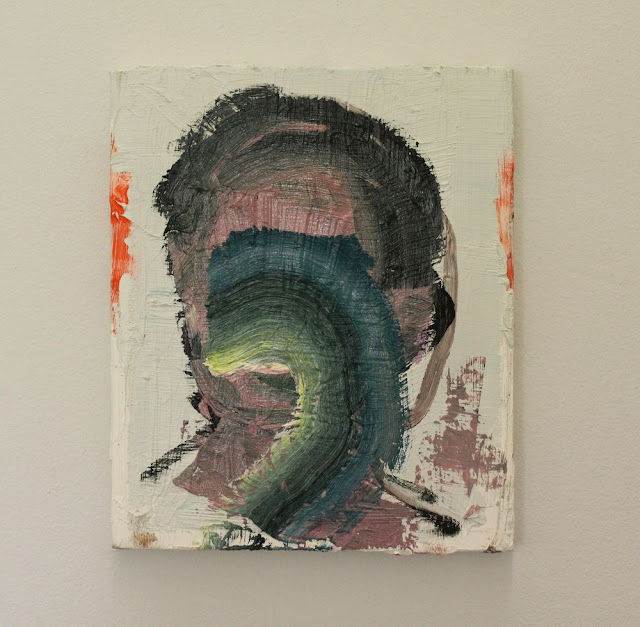 A question posed by Slavka Sverakova via email also challenged the ethos of the Making Familiar conversations: “What of tacitur artists? Those who are shy, unable, unwilling, temperamentally not suited, distrustful of words as opposed to mute poetry, of skids of meaning in verbal translation of the tactile, visual, sensual...etc.”

Slavka’s question brought me right back to the opposition between the object and subject of painting practice, especially within the context of the Making Familiar conversations. What of those artists who paint objects, not subjects. Of course, there is always a subject, but for the painter who puts the materiality and its ‘face-value’ ahead of an intention to translate some verbal insight to the viewer, can and should the object biased painter converse at all? Or is the materiality of paint the primary reason why artists paint? Is the subject a side-effect of the knowledge economy? And how does painting negotiate an art world that favours the subject?

The object vs the subject in Copperwhite and Wright's paintings suggest shared concerns to do with the legibility of the painted image. In Wright's work, jumbles of forms fight for realisation, or, in Copperwhite's case, figuration is obscured, like a child wiping a mess from its face. 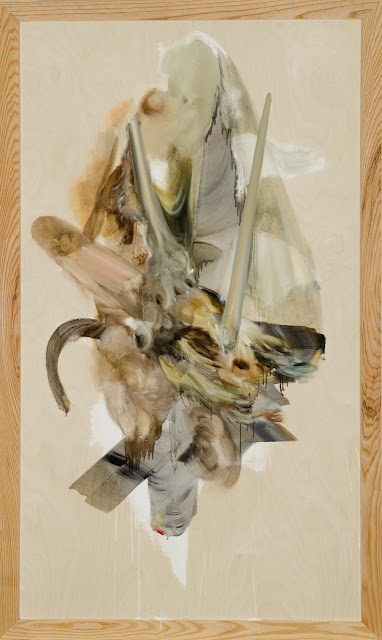 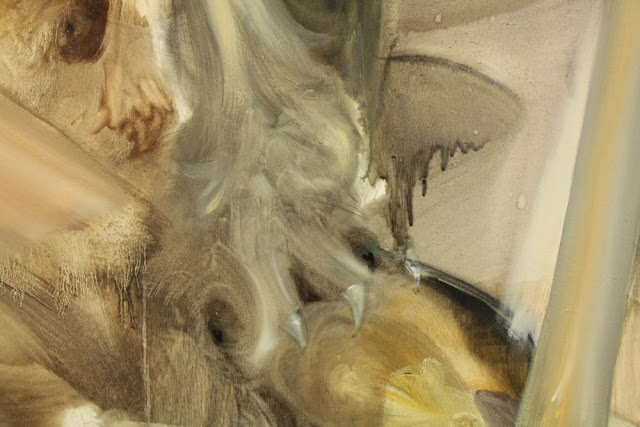 Wright’s mention of Jean–Francois Lyotard’s Libdinal Economy during the Making Familiar conversation – an unusually multi-stylistic philosophical text – gives a key to her interest in the underbelly of society. The first chapter of Lyotard’s Libdinal Economy entitled ‘The Great Ephemeral Skin’, opens with an order to the reader: “Open the so-called body and spread out all its surfaces.”[2] With cold surgical calculation and pychoanalytical navel-gazing, Lyotard’s words undress the body as a way to unmask its desires. Surgery and desire are at the heart of Wright’s paintings – the artist admitted that she sometimes lies the painting support horizontally on the studio floor, digging out an image rather than vertically brushing the surface and layers of paint. As Robert Armstrong observed during the conversation with the artist, Wright’s methodology is “quite neat and controlled.”

Wright's object – with regard to the repeated use of a predetermined framed plywood support on which she paints – suggests the subject of the frame/framing is a determining factor of the rigid trajectory of the image. However, this rigidity loosens when the totem forms leak onto the frame.

Throw the term 'abjection' into the painted mix (with a psychoanalytical shovel), and Copperwhite’s paintings become seductive objects; sirens of colour and texture. Wright’s paintings on the other hand signify the remains of societal waste, representing a mine field with regard to the object of painting, and a mind fuck in regard to the painted subject. 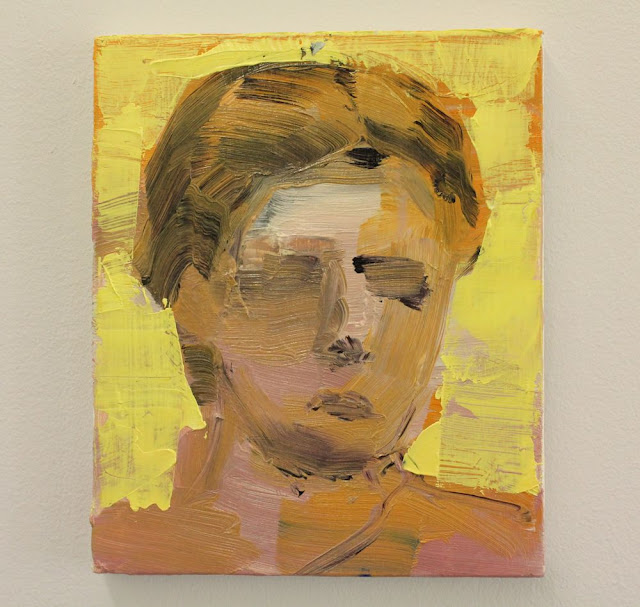 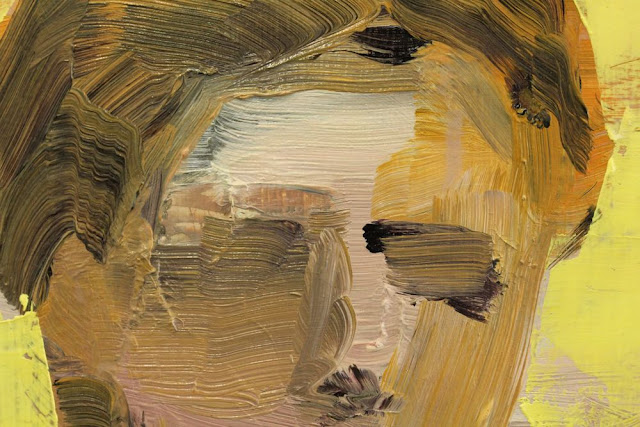 The abject, as Julia Kristeva would see it, is the covered-over waste of society: the human sewerage outlet that hides behind a craggy shore that leads to the ‘golden beach’ of civilisation. But although hidden and at a safe distance from capitalism, the abject has the potential to overthrow governments and religious doctrine, if, and when, uncovered. Wright mentions the recent London riots as a visual reference, a time when the abject literally spilt onto the streets.

Copperwhite’s repeated motif is a spectrum glimmer – the refracted light that bounces off a compact disc or other reflective surface. Although a group of people can experience such light anomalies (as was the case when a rainbow of colour shot across a wall in the gallery just before the conversation with the two artists), your point of view determines the form that the rainbow bands take.

Copperwhite either blots out a portrait; chases the contour of a figure; or folds these glimmers into a figure: a visual partner to Gilles Deleuze's philosophy of the baroque Fold.[3] In this subjective sense, abjection for Copperwhite is not a subject, but an object – the object of paint as material. It is usually the case with painting practice that the subject and object fight for relevance, but one invariably overrides the other. JAMES MERRIGAN

Posted by Fugitive Papers at 12:46